Against all odds, Jane Mitsuko Yonamine became a respected and successful business owner in Japan. Jane Iwashita was born in Kamuela on Hawaii Island. Her father, Paul, an Issei from Kumamoto, was the Parker Ranch resident carpenter and her mother Kameyo was a homemaker. When she was 11, the family moved to Kalihi on Oahu, where her father became a contractor.

She was a good student and graduated from Roosevelt High School, which was an English Standard School. Jane studied to be a secretary at Honolulu Business College. When she was 19, she attended a party with friends and met Wally Yonamine from Maui, who was five years older.

"It was love at first sight," said oldest child Amy.

Her parents disapproved as Wally was already a professional baseball player and thought he must be a playboy. Also, he was half Okinawan, and both the Okinawan and the Japanese American communities thought they should stick to their own kind.

"But while he was away for a year with the Salt Lake City Bees Triple-A baseball team, he wrote to my mother every day," Wallis said. "So, they thought he must be a good guy if he wrote to her that often," she continued.

In 1952, they married and moved to Tokyo as Wally was the first Japanese American to play professional baseball in Japan. Because of World War II, there was animosity towards Americans in Japan, but both Wally and Jane overcame that prejudice with a sincere respect for the people and their culture.

With perseverance, Jane studied hard to learn the language and everything she could about this new place she was living in, even taking classes on ikebana (flower arranging) and the art of tea.

Japan was the center of the cultured pearl industry, and Jane loved pearls. Each time she returned to Hawaii, people would admire her pearl jewelry, buying necklaces that she wore.

Soon, she was carrying more and more pearl necklaces from Japan to Hawaii on consignment from the Japanese pearl factories. In 1964, family friend and Aloha Airlines founder Hung Wo Ching saw her passion and knowledge about the cultured pearl industry in Tokyo and loaned her $50,000 to help her start her own business.

At that time, husband Wally Yonamine was well-known as a star with the Tokyo Yomiuri Giants baseball team. Jane started her business, The Wally Yonamine Pearl Company, as part of a tailor's shop in Tokyo's fashionable Roppongi district.

"Today, it is difficult to do business in Japan as a woman, much less someone who wasn't raised in the country," said son Paul. "Can you imagine what it was like in the 1960s? People came to the shop because of Wally's name, but the business endured because customers came to trust Mom," he continued.

"Mom was basically an entrepreneur at heart," said Amy. "Even when she was 14-years-old, she was so responsible that a Honolulu store owner asked her to close up the retail shop at the end of the day."

What had started under her husband's name eventually became known as Jane's Pearls. The accidental businesswoman learned all aspects of the pearl industry and stressed education. She believed that in educating customers to the different aspects of pearls, they would understand quality.

Her customer base grew with many foreigners who valued the fact that she could speak English. "She was innovative and started a customer log as many were businessmen who would forget what they had already bought for their wives," said Wallis.

When you visited the store, you would see the photos and signatures of famous people from around the world. "New customers would be shocked to discover that the photos were of actual customers," said Amy. "While Jane would show the wives pearls, the husbands would look at the photos of the famous customers that hung on the walls," said Amy.

Eventually, the store grew out of the original tailor's shop and moved across the street to have its own space.

"We grew up at the shop. After school we would wait there and if we had nothing to do, Mom would give us a container of pearls and ask us to match pairs. That is how we started to learn about color and luster. We thought it was a game, but she was starting to train us in the business," said Wallis.

"Mom was tough and loving boss. If she thought you could learn, she would correct you so you could get it right," Amy said.

"People in Japan expect perfection, so that is what Mom had to deliver," said Paul.

Jane's Pearls grew to one of the most well-known jewelry businesses in Japan because of her dedication to perfection. "Each customer was treated like he or she was the most important customer, no matter how they were dressed," said Paul. "She was determined to find the piece of jewelry that matched what the customer needed; not necessarily what made the most profit for the shop."

"Every customer was offered tea or coffee when they visited to make them feel welcomed." Amy said.

Most became repeat buyers as they grew to trust Jane's advice on pearls and about Japanese culture. "So many people who recently moved to Japan would rely on my mother to give them advice on how to live in Japan," said Paul.

Jane was proud that four of the managers she had trained eventually opened their own pearl shops, using Jane's lessons about customer service. Many employees returned later to thank Jane for her teachings.

Daughters Amy and Wallis eventually moved to Chicago and Los Angeles where they used their knowledge of the Japanese cultured pearl industry to continue their mother's legacy in the US mainland. Eventually, they opened a branch of Jane's Pearls in Beverly Hills and later moved it to Redondo Beach, California.  The shop imitated their mother's shop in Tokyo and become a family gathering place. "We learned everything from our mom. She was strong, resilient and passionate, "said Wallis. "She could do many tasks at once."

"Both my father and mother said they couldn't have achieved what they did without each other," Amy said. "After my father retired, my mother was the breadwinner of the family," said Paul.

"Theirs was a true love story," said Wallis. "My parents became famous, but they always felt the most important thing was their family."

In 2014, the Redondo Beach shop closed but the sisters continue to help customers through private sales.

Jane's Pearls was open for 50 years when Jane suffered a stroke. Daughter-in-law Lynda ran the store with help from Amy and Wallis. Then, longtime manager Keiko Umehara said she would keep it operating. Jane passed away on December 5, 2016. In 2019, after 55 years of Jane's Pearls helping customers, Keiko said it was time to close.

Through perseverance, Jane Yonamine followed her passion to become a successful businesswoman in Tokyo. Her knowledge and love of pearls built a bridge between Japan and the United States at a critical time in international relations. 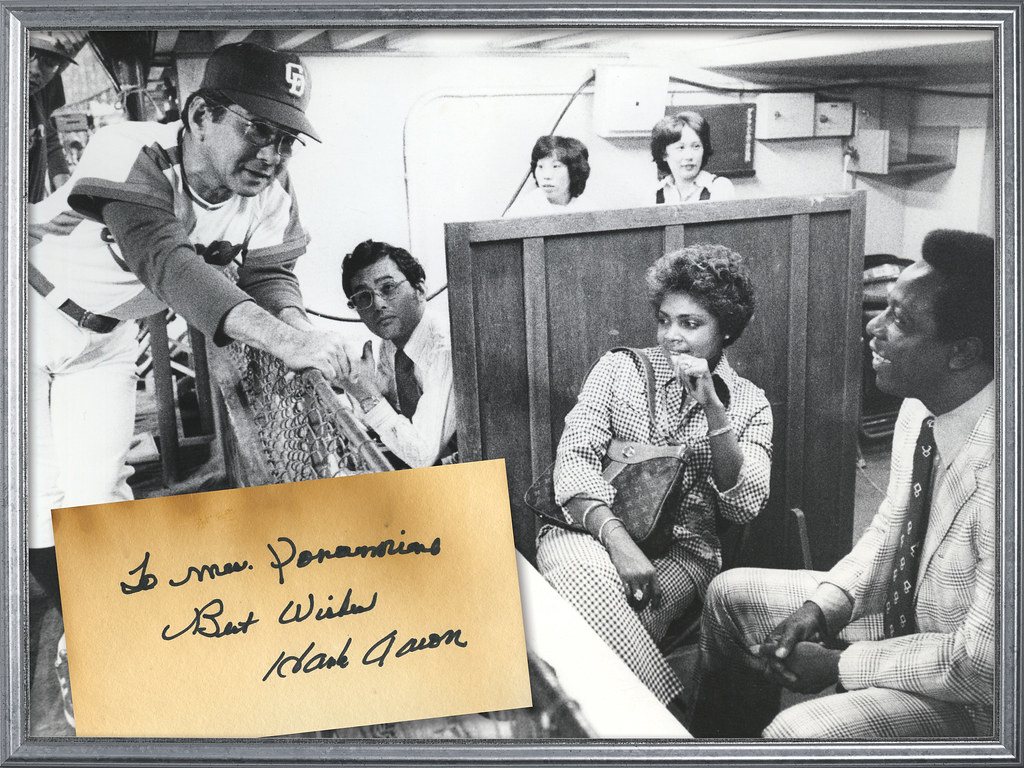